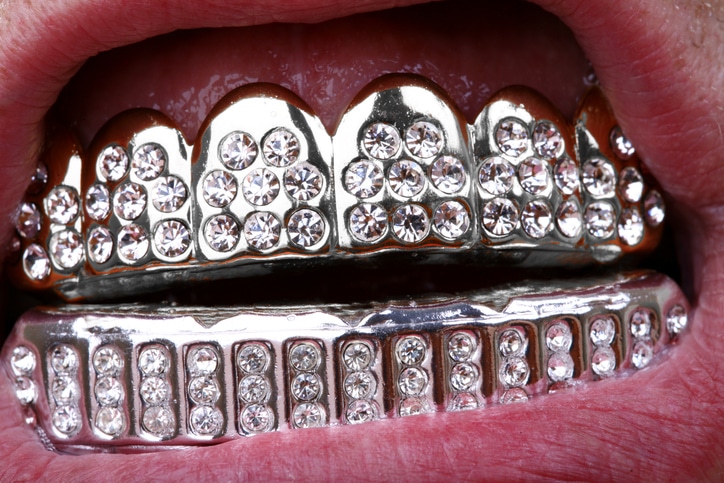 A Brief History of Grills

“I got my mouth looking something like a disco ball
I got the diamonds and the ice all hand set
I might cause a cold front if I take a deep breath
My teeth gleaming like I’m chewing on aluminum foil”
– Grillz, Nelly (featuring Pall Wall & Ali & Gipp)

Grills (or grillz) are, if not popular, at least fairly recognizable these days. Made of precious metals (gold and platinum being the most common) and often studded with diamonds, most grills are removable and worn over the front teeth. But where do they come from?

Although many people would point to Nelly and his 2005 song, “Grillz,” as the starting point for the trend, they’re actually much older than that. (And no, we’re not just talking about rappers like Slick Rick, Flavor Flav, and Big Daddy Kane from the 80s and 90s, either). We’re talking ancient history.

In ancient Italy, between 800 and 200 BC, wealthy Etruscan women wore teeth woven together with gold wire the thickness of a rubber band. The wire held together teeth that had been removed and were placed back into the mouth, so they made eating difficult. The practice wasn’t necessarily common, but archaeologists found documentation of around 20 sets of teeth woven together in this way. Etruscan civilization vanished as the Romans took over Italy, and this fashion trend died with it.

In Latin America, Mayans actually cut small holes into their teeth and filled them with precious stones, typically jade. Again, this was a trend that only royalty and the wealthy could afford. Although the Mayan civilization has disappeared, many people in southeastern Mexico, Belize, Honduras, and Guatemala still wear gold tooth jewelry today.

In ancient Filipino myths, the creator of the world, a deity named Melu, had gold teeth—and during what was the Middle Ages in Europe, Filipinos were filing down their teeth and decorating them with gold. Some of these decorations included gold bands that covered the entire front row of teeth; the oldest date to around 1300 AD.

As the Renaissance began in Europe, dentistry was becoming more scientific and less superstitious—and Giovanni de Arcoli, a 15th century Italian professor of medicine, became the first author known to recommend filling cavities with gold to preserve them.

Grills started appearing in rap and hip hop videos in the 80s, and became even more popular as Southern rap began to take off in the 90s and early 2000s. And now, they’ve jumped into mainstream culture, as celebrities like Madonna, Miley Cyrus, Katy Perry, and even Ryan Lochte have sported them in recent years.

You might expect a dentist to come out against grillz as a health hazard, but no studies have proven that they’re bad for your teeth. As long as they’re removed and the teeth are brushed and flossed as appropriate, they shouldn’t cause health problems. Some metals can cause irritation; if it causes a rash, or bleeding, or other problems, just stop. Similarly, don’t clean them with anything toxic to ingest (like most jewelry cleaners), and don’t try to attach them permanently to your teeth with glue. But if you want to wear a grill, and you use some common sense and take care of your teeth, you’ll be part of a long tradition of dental jewelry.

We can’t recommend a jeweler to create your grill, but if you have any questions about dental instruments—either ornamental or for health reasons—please give us a call at 805.228.4483 and we’ll be happy to answer your questions. 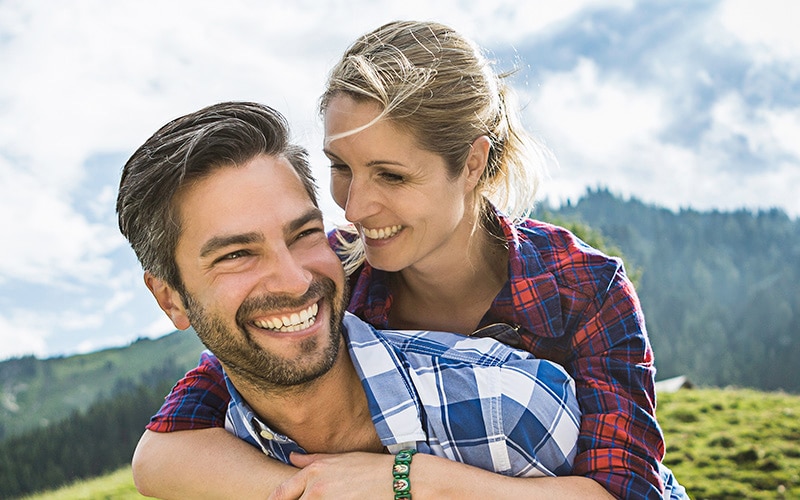 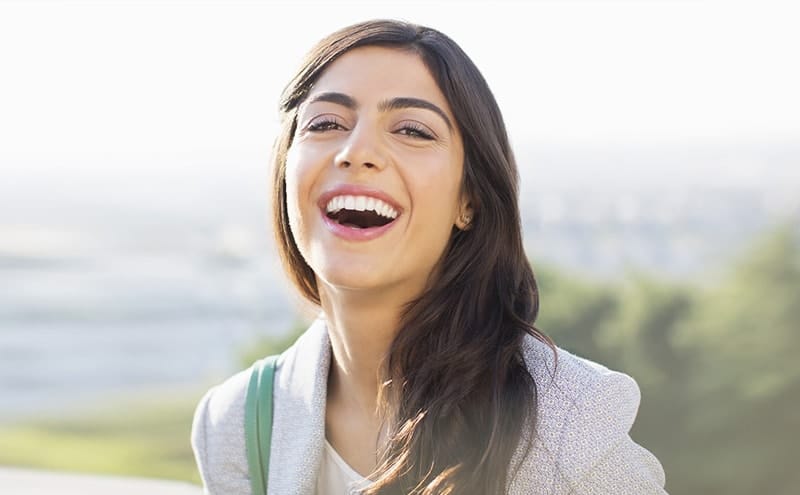